Becoming the First UK Bank to be Fully Cloud- Hosted 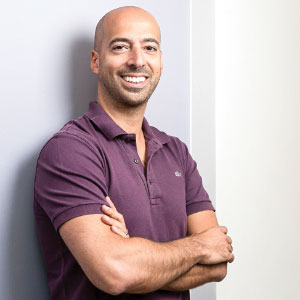 Banking headlines over the last decade have been dominated by headlines showing customers unable to; access online accounts, make transfers or withdraw cash, due to incumbent banks’ legacy IT systems and cyber security vulnerabilities. This has led to hefty compensation bills, fines, trading losses and detrimental impact to banks’ reputations and customer loyalty. The challenge, particularly for incumbent banks, is that they have been built up over decades of mergers and acquisitions, complex and duplicative core systems that have been patched together over several years.

When we obtained our licence in March 2015, we wanted to launch on the cloud, but there was no regulatory policy in place, so we were unable to. Over the next six months, with the help of Amazon Web Services (AWS), we worked with the FCA on policy items around data protection, access to data, security and business continuity, and in May 2016, became the UK’s first bank to fully operate its core systems in the cloud. The initiative was described by the media, industry experts and other key stakeholders as a “landmark move” for the industry (source: Financial Times) and came after months of working with AWS and the regulator to drive the development forward.

There were several reasons why we wanted to move to the cloud:

• Flexibility: When banks buy data centre infrastructure, they are forced to decide upfront and are then stuck with their choice. With the cloud however, banks can spin up and spin down on demand. As a new bank, we wanted the freedom to experiment and continuously evolve our offering in line with customer needs and expectations, so the ability to do trial and error, test and experiment is a huge benefit. Added to this, we are able to take advantage of the latest updates in technology at the click of a button without waiting to depreciate existing investments.

• Business Continuity: Being in the cloud means we can rebuild our entire core banking platform in a new location in five hours. This is the kind of figure that large incumbent banks dream of, but because we’re fully cloud-hosted, we’re able to make it a reality.

• Speed to Market: Being on the cloud means we’re able to make changes to our systems much more quickly than most banks—often in days rather than weeks.

• Adaptability: The cloud can handle rapidly increasing workloads—it doesn’t matter if OakNorth on-boards ten or ten thousand customers, the AWS cloud eliminates the need to try and approximate our infrastructure capacity needs. We can access as much or as little resource as we need and scale up and down as required within a few minutes.

• Security: It is now possible to be more secure in the cloud than on-premises. AWS invests a huge amount in security and has achieved a number of internationally recognised certifications and accreditations, demonstrating compliance with third party assurance frameworks, such as ISO 27001, ISO 27017 (cloud security), ISO 27018 (privacy), in addition to AWS PCI and SOC 1, 2 and 3 certifications.

• Focus: Using AWS enables us to invest our time, money and energy into those areas that are of greatest benefit to the business— both through the time and money saved, as well as the fine-grained cost transparency of our use of the underlying services.

• Cost: Being on the cloud also dramatically reduces our expenditure on hardware, software and related manpower as it makes it much easier for us to instantly deploy the latest updates toour IT infrastructure.

From a technology perspective, the FCA paved the way for the UK’s banks, insurers and other financial services companies to take advantage of cloud computing when it published its proposed guidance on outsourcing to the cloud and other third-party IT services in November 2015. Two months after we moved to the cloud, it published its finalised guidance and we provided a real-life example of how an FCA regulated entity could operate in the cloud.

Stephen Orban, General Manager at AWS and Author of “Ahead in the Cloud” has said in the past that one of the most important factors for the successful adoption of cloud computing is executive support. “Top-down support is essential for creating meaningful change—whether that change be technical or cultural. It means providing clarity of purpose, aligning business and technical objectives on desired outcomes, and making (or breaking) new rules.” This is definitely something we had at OakNorth because there was such a clear business case. Not only did moving to the cloud enable us to achieve much more as an organisation, but it also enabled other financial institutions such as Metro Bank, Monzo and Starling, amongst others, to follow suit.

So, when people ask us things like “what is OakNorth’s cloud strategy?” or “who is OakNorth’s Head of Cloud or Head of Digital Transformation?”, we don’t really know how to answer as we are and always have been in the cloud and don’t see it is as something separate to our architecture. This, in our view, is the way it should be across the industry, but it will take time for the incumbents to get there.