Divesting, Investing and Innovating in the Face of Industry Convergence 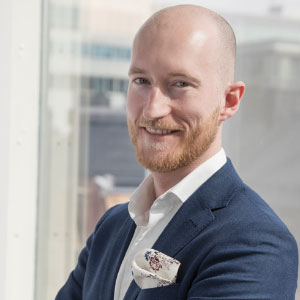 As cloud technology becomes ever more pervasive, boundaries between industries start to blur, opening up possibilities for new business models that unbundle existing supply-chains. New market entrants with zero legacy are quick to leverage the Internet as their main mode of value delivery to customers, while incumbents struggle to find their footing as buying behaviors change. To survive and thrive, established companies must come to terms with what they bring to the table that others don’t. They must divest from operations that don’t provide any means of differentiation and invest in assets that strengthen their competitive edge in order to secure and accelerate innovation. Those that don’t face the risk of falling into irrelevance faster than ever before.

Over the past decade, digital disruption has manifested itself in a number of ways. From a technology perspective, the proliferation of cloud technologies and the subsequent shift in management of IT operations are perhaps the most well known. From a business perspective, however, it is perhaps the competitive effect these cloud technologies have given rise to in the past decade that is most disruptive, namely industry convergence.

Industry convergence is a term that describes how the boundaries between previously distinct industries start to blur as a result of economical, cultural and technological disruptions that change how customer value is created, packaged, distributed and consumed. The founder of MIT Media Lab, Nicholas Negroponte, first talked about this kind of convergence in the 1980s when he predicted that media, communication and computing would have converged by the year 2000. Another example is the introduction of the smartphone, where Internet connectivity, the camera and an entirely new way to consume content have merged to create an experience that goes far beyond a regular phone.

It is industry convergence that is at play when telecom companies enter into media and entertainment to compete with the rise of Netflix, automotive companies enter into partnerships with technology companies such as Google and Apple to compete with Tesla, and when high-street retailers buy e-commerce platforms in pursuit of a strategy to take on Amazon. Cloud technology, with the Internet as its underlying delivery mechanism, enables, accentuates and accelerates this industry convergence at every level of doing business.

The change of pace the cloud enables is simultaneously unbundling and digitizing traditional supply-chains. Information is now readily available online, a mere click away. This has shifted control away from suppliers and directly into the hands of customer. A new form of buying behavior has emerged. Companies now win by controlling demand, rather than supply. The resulting market transparency is a double-edged sword that poses both opportunities and threats to incumbents.

Nimble and lean new entrants that offer cloud-based solutions are able to enter previously unavailable markets at an unprecedented rate and with outsized customer impact. They do this with close to zero physical footprint thanks to savvy digital marketing that satisfies the taste buds of a primarily Internet-driven customer buying behavior. On top of this, these entrants operate cost structures that unlock new revenue models. Models that allow customers to move from large upfront capital expenditures and into predictable, steady operating expenses. All because of how these entrants leverage the cloud to drive the customer experience.

As industries continue to converge, previously linear value-chains are transformed into increasingly collaborative ecosystems where any given company can be a partner, a competitor or a customer. Sometimes several at once. Established companies risk overextending themselves in their relentless pursuit of growth by chasing too many opportunities at once. Or, they try to compete with new entrants on the entrants’ terms rather than their own. Regardless of scenario, incumbents open themselves up to losing track of the things that attracted customers in the first place, which erodes any initial competitive advantage these companies previously enjoyed.

In a world where solutions are deployed via the cloud, the Internet puts control of the buying experience squarely with customers and participants operate in ever-convergent ecosystems, suppliers must come to terms with what they can offer that others cannot. This is especially true for companies that operate in mature industries where revenue growth now primarily comes from increased market share. Clearly defining the core competences – not the offerings – an incumbent has at its disposal is important to answer the question: what does the organization bring to table that merits its existence? Firms that are able to articulate which knowledge that originally made them successful are better equipped to also understand which drivers result in competitive advantages.

Armed with insights about what drives their specific competitive advantage, incumbents can now tackle the disruptive potential of cloud-based technologies on their own terms. Divestment decisions becomes more straightforward, in particular within IT operations, due to increased clarity for what kind of domain competence is required from in-house IT to successfully support business objectives and what can be outsourced to a partner. The resources that are freed up from targeted divestiture can, in turn, be reinvested into people, processes and tools that secure, augment and scale a firm’s core competence further.

Finally, negotiating beneficial positions and aligning incentives in these convergent ecosystems become easier when participants understand what core competence they bring to the table that others don’t. The result is more impactful collaboration between customers, partners and competitors in a world where cloud technologies are becoming ever more present.