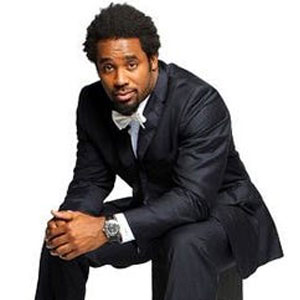 When Startup City approached me about writing an editorial on the Wearable’s market, it felt fitting to highlight a wearable live streaming technology that is disrupting the sports & entertainment space. And it also happens to be a company I’ve helped build.

Meet Action Streamer: a miniaturized, wireless live streaming platform that allows sports leagues and media groups to safely integrate cameras into sports wearables and capture unique POV video in real-time and then distribute that content experience to every possible endpoint in a media footprint. Broadcast, social media, OTT networks and mobile apps, etc. Action Streamer’s mission is to bring fans closer to the action than ever before, immersing audiences into the games and events they love, and deepening the connection between fans and their favorite athletes.

Towards the end of my playing career, it occurred to me how many times I was asked “What’s it like to play in the NFL?”. After enough of those moments I realized, there has to be a way to let fans see what players see. Teams and sporting events and are these incredible institutions that create and bring communities together. Fans have a tribal relationship with their favorite teams and players. Why can’t we bring them onto the field and allow them to experience game day from a player’s perspective? It ignited a vision that now, 10 years later is coming to fruition and delivering sports audiences a 1st of its kind media experience.

So we’ve built a technology that can deliver player POV video from your favorite athletes, teams, & leagues. Imagine watching the point-of-view from your favorite running back as he dives across the goal line, or from an MLB slugger as he faces 100mph fastballs. POV video has the promise to revolutionize fan engagement, take it to new heights, and the technological barriers that have long prohibited it are being broken down as we speak.

When we first started investigating the problems that needed solving to deliver live pro athlete POV video, the most obvious was integrating camera hardware safely into helmets. However the most complicated problem is something every sporting event and concert-goer knows well: it’s hard to make a phone call or send a text in a stadium full of people. When tens of thousands of people are in the same venue, all trying to use their phones with hundred-million dollar TV productions putting on a show, there’s a battle for bandwidth inside an intensely congested environment. Moving any kind of data is hard, even small, thin lines of data like phone calls and texts. And video data is very big. So the big problem that our CTO, Chris McLennan and Action Streamer solved is, creating a platform that opens up the ‘pipes’ and moves lots of very large, heavy data in real time.

At face value, Action Streamer looks like a microsized GoPro competitor -- but the reality is it’s a data transmission platform. We work with leagues and brands to integrate camera hardware into sports wearables, which captures the data. We run stadium infrastructure that’s made up several antennas and pull in streams of video, these are the train tracks or pipes through which we move data. Then the video feeds ingest into our servers, where we manage, curate, edit and distribute the content to media networks and their viewers.

This technology was born to deliver this first-of-its-kind immersive media experience. But video content is only the beginning. Our platform, or the train tracks as we affectionately call them, can move all kinds of data including audio, biometric and sensory, location, speed, velocity and more. We’re now beginning to leverage some of those use cases and it’s not limited to sports. How can our data movement expertise help and create value for other technologies in entertainment? How can we innovate the industrial and construction markets? Several branches of the Department of Defense have reached asking if we can solve some very specific challenges, and we’re excited to bring our data transmission platform to these new applications.

No longer if, but when

We founded Action Streamer with the mission to bring sports fans closer to the game and create the most immersive media experience yet. At the time, many folks around the industry questioned this notion of helmet cameras; they can’t be small enough, they won’t be safety-approved, leagues or players will prohibit them. But we’ve achieved all the necessary benchmarks and in collaboration with helmet manufacturers, developed a safety-certified live streaming football helmet. Players want to show fans what it's like to make that one-handed catch or score that game winning touchdown. And leagues and networks are looking for new ways to engage their audiences and enhance game broadcasts. The larger market trends support the movement too - consumer habits have changed. The way people consume information and content around their interests has changed. Sports fans sit in stadiums and living rooms during games, phones in hand, scrolling through Twitter and Instagram.  And they have the ability to interact with the biggest athletes and celebrities.

In August, Russell Wilson debuted a live streaming helmet we developed with VICIS during pregame warmups and the QBCam footage was used in the FOX broadcast. More important, the NFL, Seahawks, FOX Sports and Russell himself were able to share the content on social media - and the fan reactions were unreal. From a handful of posts on Twitter and Instagram, the videos ammassed over 3.5M view and tens-of-thousands comments echoing things like “We NEED more QBCam!”, “Can Russell wear this in-game?!” and “This is the future of the NFL.” Certainly strong sentiments, but it’s the perfect litmus test. We facilitated a huge milestone in having a pioneer like Russell give FOX and the NFL their first views of quarterback POV (albeit in warm ups), and the response from players and fans alike show there’s a huge appetite for this kind of immersive experience. It was tremendous to lead that kind of watershed moment for sports and entertainment. As as we continue to work with numerous leagues and media companies, we know and are proud to tell sports fans everywhere - this is only the beginning.